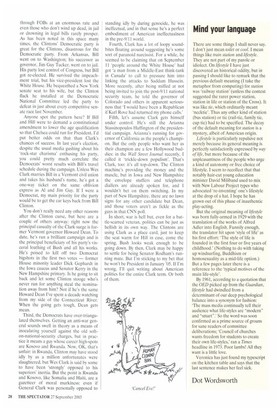 There are some things I shall never say. I don't just mean toilet or cool. I mean things like train station and lifestyle. They are not part of my parole or idiolect. On lifestyle I have just discovered an historical oddity, but in passing I should like to remark that the previous default meaning (I take the metaphor from computing) for station was 'railway station' (unless the context suggested the rarer power station, station in life or station of the Cross). It was like tie, which ordinarily meant 'necktie'. Thus any other kind of station (bus station) or tie (rail-tie, family tie, cup tie) had to be specified. The decay of the default meaning for station is a mystery, albeit of American origin.

Lifestyle is particularly repulsive not merely because its general meaning is perfectly satisfactorily expressed by way of life, but more because of the unpleasantness of the people who urge a kind of autonomy or free choice of lifestyle. I seem to recollect that that notably hair-cut young education minister David Miliband used to mix with New Labour Project types who advocated 're-inventing' one's lifestyle at the drop of a hat. I hope he has grown out of this phase of inauthentic play-acting.

But the original meaning of lifestyle was born fully-armed in 1929 with the translation of the works of Alfred Adler into English. Funnily enough, the translator hit upon 'style of life' as his first effort: 'The style of life is founded in the first four or five years of childhood.' (Nothing to do with taking up windsurfing, Buddhism or homosexuality as a mid-life option.) But a few pages later there is a reference to the 'typical motives of the main life-style'.

By 1961, according to a quotation that the OED picked up from the Guardian, lifestyle had dwindled from a determinant of our deep psychological balance into a synonym for fashion: 'The mass media continually tell their audience what life-styles are "modern" and "smart": So the word was soon confirmed as a prime source of groans for sane readers of committee deliberations; 'Council of churches wants freedom for students to create their own life-styles,' ran a Times headline in 1973. Poor lambs! All they want is a little love.

Veronica has just found my typescript on the kitchen table and says that the last sentence makes her feel sick.