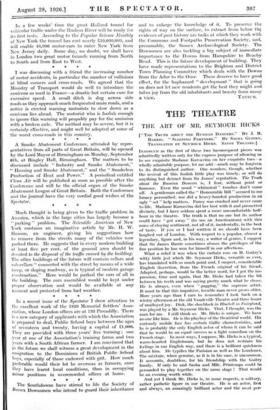 Page 11, 28 August 1926 — A Smoke Abatement Conference, attended by repre- sentatives from all
Close

A Smoke Abatement Conference, attended by repre- sentatives from all

parts of Great Britain, will be opened by the Lord Mayor of Birmingham on Monday, September 6th, at Bingley Hall, Birmingham. The matters to be discussed include " Industry and Smoke Abatement," " Housing and Smoke Abatement," and the " Smokeless Production of Heat and Power." A periodical entitled Clean Air will be published as soon as possible after the Conference and will be the official organ of the Smoke Abatement League of Great Britain. Both the Conference and the journal have the very cordial good wishes of the Spectator. • * *