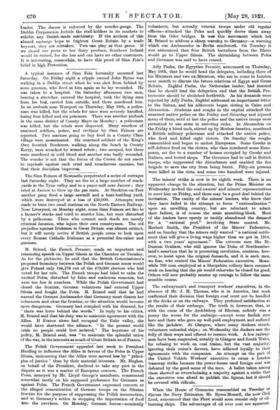 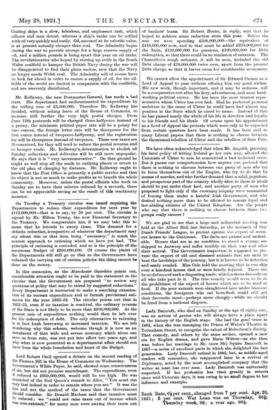 Page 2, 28 May 1921 — When the House of Commons reassembled on Thesday discuss the
Close

When the House of Commons reassembled on Thesday discuss the

Navy Estimates, Mr: Eyree-Monsell, thee new Civil 'Lord; announced 'that the Fleet would soon consist only of oil-- burning ships. The advantages of oil over coal are apparent.

Coaling ships is a slow, laborious, and unpleasant task, which officers and men detest, whereas a ship's tanks can be refilled with oil very quickly and easily. Oil, assessed at its calorific value, is at present actually cheaper than coal. The Admiralty began during the war to provide storage for a large reserve supply of oil, and a million porinds is being spent this year on oil tanks. The revolutionaries who hoped by stirring up strife in the South Wales coalfield to hamper the British Navy during the war will be disappointed to find their plans useless, now that the Navy no longer needs Welsh coal. The Admiralty will of course have to look far ahead in order to ensure a supply of oil, for the oil- fields of the world are limited in comparison with the coalfields, arid are unevenly distributed.