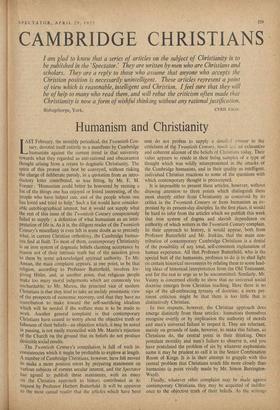 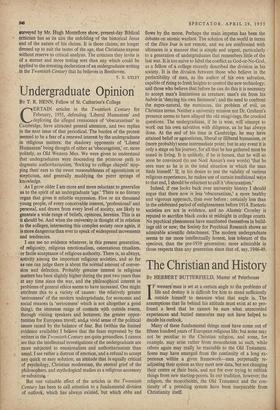 Selected from the Contents:

THE REMARKABLE STORY OF HAYDN'S HEAD ROMANCE OF THE TROUT IN KENYA It is 50 years since the first consignment of ova was sent from Dumfries to British East Africa.

THE STORY OF MULAI ISMAIL Fiercest and greatest of the Moroccan tyrants.

THE CLUBS OF LONDON 5. White's, Boodle's and Brook's.

A MEDICAL TRIP AMONG THE HEAD HUNTERS OF SARAWAK THE AGE OF THE HELICOPTERS They will be as familiar as cars and lorries.

Ilullurnuununnnnnuumuuunnunullmmunnnuuuuuunuuuuununnnnmuunununulnur • By Edwin C. White. Foreword by Flora Robson. Discusses in derail the use of • speech, movement and gesture on • the stage. 18/- net. "If you

feel you must be an actor, read • acting and this book. If you are an •

You'll be much better off if you invest it in

lie able to draw attention to three which are free from the usual dropped letters, faulty imprints and other characteristic faults. An Adventure, by C. A. E. Moberley and E. F. Jourdain, first published in 1911, now appears from Faber in a fifth edition at 12s. 6d. There is a new preface by Dr. Joan Evans, who has also checked the text against the original manuscript. The Quest for Corvo, by A. J. A. Symons, first published in 1934, appears in a new edition from Cassells at 18s. There is an introduction by Julian Symons, and the edition contains some interesting new material—for example Corvo's 'Bull Against the Enemy of the Anglican Race.' Arthur Koestler's Scum of the Earth, first pub- lished by Cape in 1941, is now reissued by Collins, with Hamish