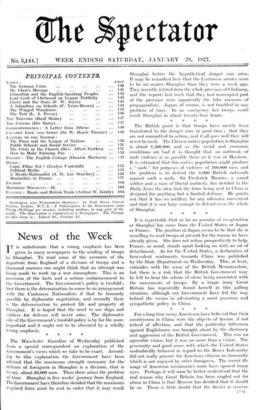 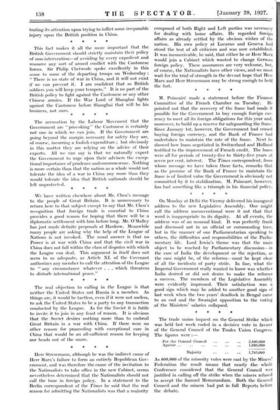 Page 1, 29 January 1927 — For a long time many Americans have believed that their
Close

For a long time many Americans have believed that their

countrymen in China were the objects of favour, if not indeed of affection, and that the particular bitterness against Englishmen was brought about by the obstinacy and aggression of the British Government. This was an agreeable vision, but it was no more than a vision. The generosity and good sense with which the United States undoubtedly behaved in regard to the Boxer Indemnity did not really procure for American citizens an immunity which is not enjoyed by other foreigners. The recent ill. usage of American missionaries must have opened many eyes. Perhaps it will soon be better understood that the real reason why Great Britain has been singled out for abuse in China is that Moscow has decided that it should be so. There is little doubt that the Soviet is conceit- trating its attention upon trying to inflict sonic irreparable injury upon the British position in China.