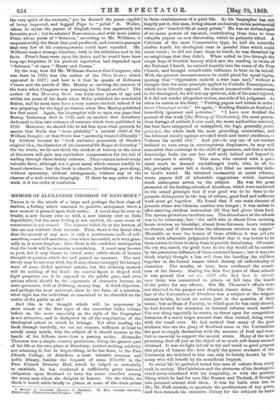 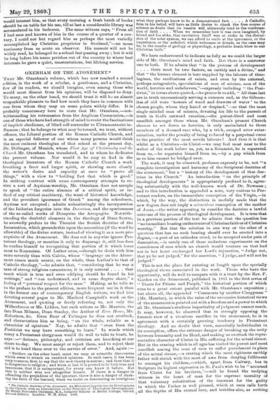 MEMOIR OF ALEXANDER THOMSON OF BANCHORY.*

THERE is in the minds of a large and perhaps the best class of readers, a feeling which amounts to positive annoyance when a new memoir is pressed upon their notice. A novel may be ever so trashy, a new theory ever so wild, a new history ever so little dependable, but the same feeling is not excited, the same sense of resentment is not roused. The reasons which lie at the bottom of this are not without their interest. First, there is the latent idea that the memoir of any man is only a posthumous mode of selfassertion,—and self-assertion, even when successful, as it very generally is, is never forgiven ; then there is the confident anticipation that the book will be in nowise a revelation. A novel may be ever so poor, but it may chance to reveal some subtle shade of human thought or passion which else had passed us unaware. The new theory may be never so wild, but it may chance to supply the hungry want of some ill-fed spiritual nature, but the ordinary memoir will do nothing of the kind ; its central figure is draped with rigid propriety ere it be exposed to the public gaze, and even actions which should be the exponents of character become its mere garments, well or ill fitting, as may hap. A third objection, and perhaps the most universal, rises in the form of a question, what right has the individual so canonized to be obtruded on the notice of the public at all ?