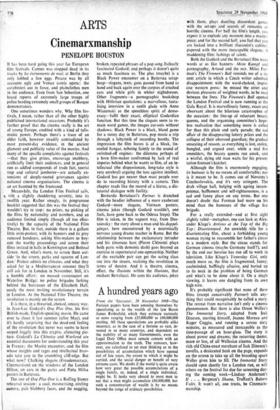 From the 'Spectator, 28 November 1868—The Parisian papers have been amusing themselves by speculating as to the wealth of the late Baron James Rothschild, which they estimate variously at sums ranging from £25,000,000 to £80,000,000 sterling. All these speculations are probably alike incorrect, as in the case of a fortune so vast, in- vested in so many countries, and dependent on the stability of so many Governments, even the Legal Duty Office must remain content with an approximation to the truth. The rumours, how- ever, are calculated to set men thinking as to the possibilities of accumulation which have opened out of late years, the extent to which it might be carried, and the social danger or benefit of very extreme cases. We doubt if the world is quite aware how very great the possible accumulations of a single family, or, indeed, of a single individual, might be. It looks very absurd to most men to say that a man might accumulate £80,000,000, but such a concentration of wealth is by no means beyond the range of ordinary possibilities.