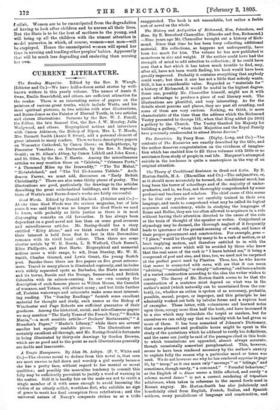 Page 24, 2 February 1895 — The History and Antiquities of Richmond, Kew, Petersham, and Ham.
Close

The History and Antiquities of Richmond, Kew, Petersham, and Ham.

By E. Beresford Chancellor. (Hiscoke and Son, Richmond.) —Nine years ago Mr. Chancellor brought out a history of Rich- mond. Since that time he has been busy collecting additional material. His collections, as happens not unfrequently, have been too much for him. The volume he has now published is monstrous in size and weight. If the author could have had the strength of mind to add selection to collection ; if he could have seen that a fact which it has taken much trouble to find, may, after all, have not been worth finding, his book would have been greatly improved. Probably it contains everything that anybody could want; but then it also has not a little that nobody wants. Still, it has a considerable value. Regarded as "materials for" a history of Richmond, it would be useful in the highest degree. Some one, possibly Mr. Chancellor himself, might use it with great advantage to produce a piece of real literary work. The illustrations are plentiful, and very interesting. As for the details about persons and places, they are past all counting, and some of them are very curious. Nothing, we think, is more characteristic of the time than the address which the Richmond Vestry presented to George III., when that King added (in 1805) a gallery to the Church. The Vestry thanked his Majesty for building a gallery, " when their Majesties and the Royal Family have graciously condescended to attend Divine Service."