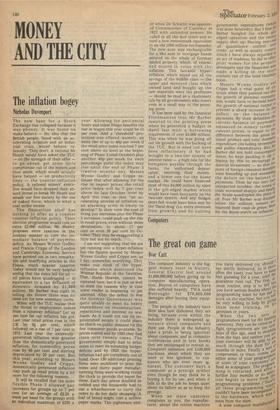 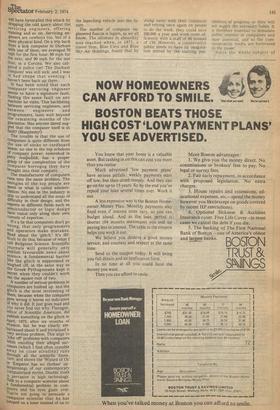 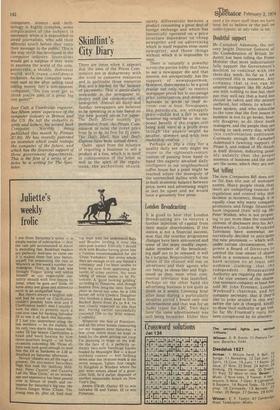 The computer industry is the biggest money loser in history. General Electric lost around $1,000,000,000 before giving up its computer manufacturing operation. Buyers of computers have also suffered heavily. TWA sued Burroughs for $70,000,000 damages after buying their equipment.

The people in the industry have little idea how dishonest they are being, because even within the industry there is widespread ignorance about computers and their use. People in the industry take a pride in being ignorant about computers, and at computer conferences and in text books they are encouraged to remain so. Computer salesmen sell £100,000 machines, about which they are more or less ignorant, to customers who are even more ignorant. The customer buys a computer as a prestige symbol even though he may think he is buying it for its use, and when it fails to do the job he keeps quiet about its failure so as to keep the prestige.

When an irate customer complains to you, the manufacturer, about the rotten machine

you have delivered (or should I say partly delivered, as is more often the case), you have to 0,4), him guessing for a year, until ti7 guarantee runs out. The first, most routine, step is to tell lire you have serious doubts about to programming team he has put ill work on the machine, but you be very willing to help by givtilti's them some training, orl -I premises or yours. When the two sets , e programmers meet for the train'ilto' ceremony, they can be relied Ow, fight (programmers are the c° from the hip), and neither Yot-I gee boys of this age, used to shootin; your customer will be able to much through the dust fortsolf months or more. Finally a s°1'c1 compromise, or truce, comes, " r5 either some of your prograrrnere or some of your customers 'III. fired as scapegoats. The profir„,a, further four months or so atteh a ming is restarted, and art`'ndon begins to move fro,t11.,,te ely programming problems ("D'ois all three programming real") couldn't have been incomPatet,. to the hardware, which A" mess from the start. karer A wise computer manufacL will have forestalled this attack by dropping the odd query about the servicing engineers, offering training and so on. Servicing engineers are cowboys too, but of a more physical kind. On a trip back from a sick computer in Durham with one of them, we averaged 70 mph for the first hour, 80 mph for the next, and 90 mph for the last hour, in a Cortina. We also tailgated a police car! The Durham computer was still sick, and I was fl bad shape that evening. I haven't been back up there.

It has been noted that each computer servicing engineer seems to have a signature fault, finding the same fault on any machine he visits. This backbiting between servicing engineers, and between engineers and Programmers, lasts well beyond the remaining months of the guarantee. Has anyone dared suggest that the computer itself is at fault? (Blasphemy!)

The trouble is that the use of computers is quite different from the use of socks or cardboard boxes; no one in the top echelons of company power, enmeshed in Petty realpolitik, has a proper grasp of the complexities of the computer horrogog they have brought into their company.

The manufacturer of computers runs into the same problem. The energies of the top people are spent in what is called administration. No one in the industry is able to understand all the areas of difficulty in their design, and the experts in different fields such as semiconductor or logic design have vision only along their own tunnels of expertise.

It's a lie that computers don't go Wrong, that only programmers and operators make mistakes. Read about the 'glitch.' It's difficult to do this, because of what I Fall Religious Science. Scientific Journals will generally only Publish favourable news about science. A fundamental barrier like the glitch is suppressed or laughed off, in the same way as the Greek Pythagoreans kept it secret when they couldn't work out the square root of two.

A number of serious problems in computers are hushed up, and the glitch is the most interesting of them, because when the computer goes wrong it leaves no indication of why it did. It just goes mad and You never find out why. Flanagan, editor of Scientific American, did Publish something on the glitch in April, 1973, after six months of evasion, but he was clearly embarrassed about it and trivialised a V.ery serious problem. This urge to Joke off' problems with computers While extolling their alleged successes (which I find often crumble away on close scrutiny) runs through all the scientific literature, and shows the 'Wizard of Oz' Or 'Emperor has no clothes' underpinnings of our contemporary FoMputerised myths. Double think Is pervasive in high technology. Talk to a computer scientist about a fundamental problem in cornPuters and his eyes glaze over. You're not going to persuade a computer scientist that he has Jumped on a loser instead of on to

the launching vehicle into the future.

The number of computer engineered fiascos is legion, as we all know. The ultimate in absurdity was reached when, in 1971, a travel firm, Blue Cars and Blue Sky Air Holdings, found that by

doing away with their computer and relying once again on people to do the work, they could save £90,000 a year and work more efficiently with a staff of 80 instead of 130. However, a conservative public needs to have its imagination stirred by the exciting pos

sibilities of progress, or they will not supply the necessary funds. It is therefore essential to stimulate public interest in computers and their potential, and so the communication media are harnessed to the cause.

Since the whole subject of computers, science and technology is highly complex, some simplication of the subject is necessary when it is expounded to awed journalists, who add their editorial touch before they carry their message to the public. This is the way myth has developed in the computer industry. Journalists would get a surprise if they were to examine the world of the computercrats, a shoddy, dishonest world with many confidence tricksters. As one computer salesman said to me after selling (and taking money for) a non-existent computer, "Do you ever get to think you're part of a great big con game?"

Ivor Catt, a Cambridge engineer, has fifteen years' experience of the computer industry in Britain and the US. He left the industry to write and lecture, his second book

Computer Worship being published this month by Pitman (11.80). He has recently patented an invention which could reshape the computer of the future, and which has the financial support of three government departments. This is the first of a series of articles he is writing for The Spectator.