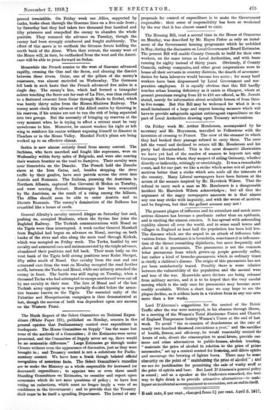 Page 3, 2 November 1918 — The present plague of influenza and its attendant and much
Close

The present plague of influenza and its attendant and much

more serious diseases has become a pandemic rather than an epidemic, and is exciting the utmost concern. It has spread with astounding rapidity almost all over the world, and in some small towns and villages in England at least half the population has been laid low. The diseases which are the sequel to an attack of influenza take various forms. Sometimes it is bronchitis, sometimes it is inflamma- tion of the throat resembling diphtheria, but more frequently and above all it is pneumonia. The pneumonia is not the common lobar pneumonia from which grown-up people generally suffer, but rather a kind of broncho-pneumonia which in ordinary times is chiefly a children's disease. The origin of this pneumonia has not yet been satisfactorily traced. Possibly there is some relation between the vulnerability of the population and the mental weal and tear of the war. Meanwhile more doctors are being released from military service, and it is to be hoped that the very careful nursing which is the only cure for pneumonia may become more readily available. Within a short time we may hope to see the plague decline, as it seldom lasts in a virulent form in any one area more than a few weeks.