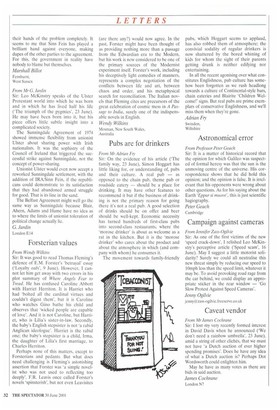 From Mr James Cochrane Sir: I lost my very recently formed interest in David Davis when he announced ('We don't need a rainbow umbrella', 23 June), amid a string of other cliches, that we must not have 'a Dutch auction of ever higher spending promises'. Does he have any idea of what a Dutch auction is? Perhaps Dot Wordsworth could enlighten him.

May he have as many votes as there are bids in said auction.