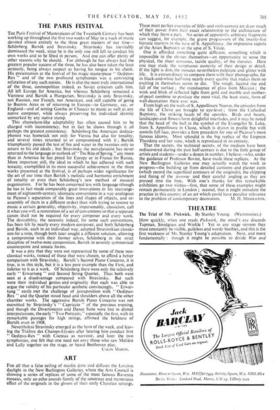 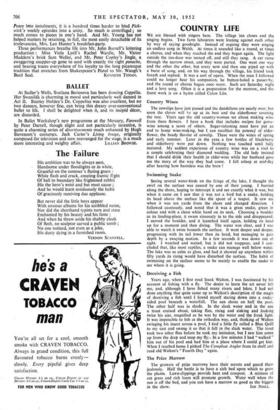 The Trial of Mr. Pickwick. By Stanley Young. (Westminster.)

How quickly, when one reads Pickwick, the mind's eye discards Tupman, Snodgrass and Winkle ! Yet in any stage version they must constantly be visible, guileless and wordy boobies, and this is the first weakness of Mr. Stanley Young's adaptation. Next, and more fundamentally : though it might be possible to divide War and Peace into instalments; it is a hundred times harder to bind Pick- wick's weekly episodes into a unity. So much is centrifugal ; so much comes to pieces in one's hand. And Mr. Young has not helped matters by retaining, in full, the most easily detachable of its irrelevancies, Mrs. Leo Hunter's breakfast-party.