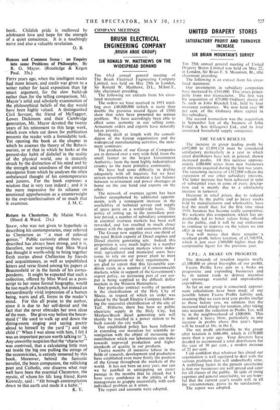 Reason and Common Sense : an Enquiry into some Problems

FIF-ry years ago, when the intelligent reader had more leisure, and credit was given to a writer rather for lucid exposition than far smart argument, for the slow build-uP rather than for the telling comparison, Mr. Mayor's solid and scholarly examination of the philosophical beliefs of the, day would have been highly valued. A distinguished Civil Servant, the friend of McTaggart, Lowes Dickinson and their Cambridge generation, Mr. Mayor devoted the twenty years of his retirement to this large work, which even when cut down for publication presents the reader with a formidable task. Yet opening the book at the chapter in which he assesses the theory of the Behavi- ourists, or at that in which he looks at the present-day habit of disbelief in the reality of the physical world, one is instantly struck by the distinction of his mind and by the strength and soundness of the unstated standpoint from which he analyses the often unbalanced thought of his contemporaries and juniors. For the book expresses a wisdom that is very rare indeed ; and it is the more impressive for its reliance on emotional apprehension as a counterweight to the over-intellectualism of so much that