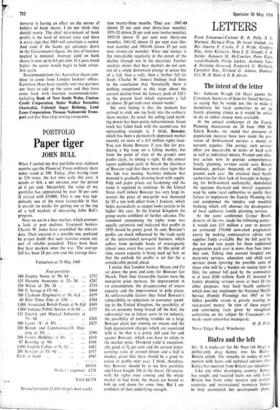 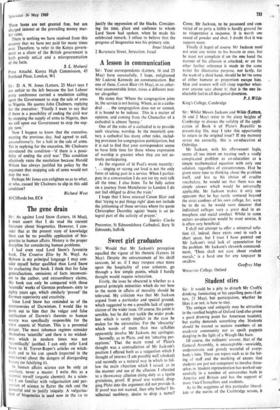 Biafra and the left

Sir: It is irrelevant for Mr West (16 May) to deliberately drag _ Kenya into his Biafra Britain article. The remarks he makes in con- nection with loans and technical advisers OA Kenya has received from Britain are ridiculous Like any other developing country, Keny has sought and received loans not only froni Britain but from other western and eastern countries and international monetary bodies to help accomplish her development plans.

These loans are not granted free, but are charged interest 'atthe prevailing money mar- ket rates.

There is nothing we have received from this country that we have not paid for many times over. Therefore, to refer to the Kenya govern- ment as a client of the British government is both grossly unfaif and a misrepresentation of the facts.