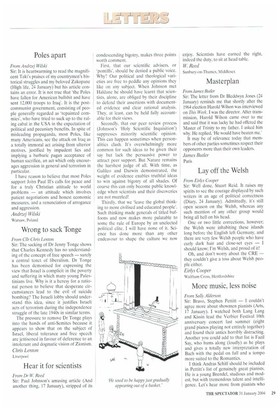 From James Butler Sir: The letter from Dr Bleddwyn Jones (24 January) reminds me that shortly after the 1964 election Harold Wilson was interviewed on This Week. I was the director. After transmission, Harold Wilson came over to me and said that it was lucky he had offered the Master of Trinity to my father. I asked him why. He replied, He would have beaten me.'

It may be of relevance today that members of other parties sometimes respect their opponents more than their own leaders. James Butler