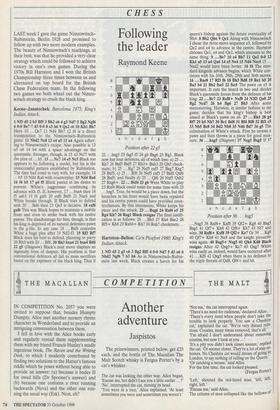 LAST week I gave the game Nimzowitsch- Rubinstein, Berlin 1928 and promised to follow up with two more modern examples. The beauty of Nimzowitsch's teachings, at their best, was that he provided a very clear strategy which could be followed to achieve victory in one's own games. During the 1970s Bill Hartston and I won the British Championship three times between us and alternated on top board for the British Chess Federation team. In the following two games we both wheel out the Nimzo- witsch strategy to crush the black king.