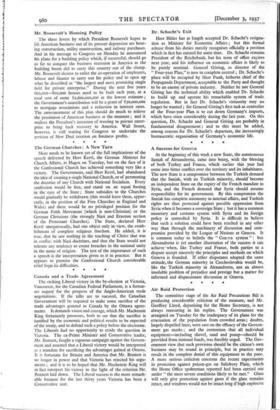 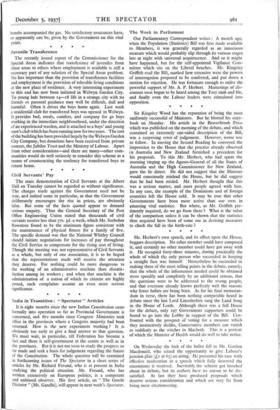 Air Raid Protection The committee stage of the Air Raid

Precautions Bill is producing considerable criticism of the measure, and Mr. Geoffrey Lloyd, deputising for the Home Secretary, is not always reassuring in his replies. The Government was arraigned on Tuesday for the inadequacy of its plans for the evacuation of the population from crowded areas ; doubts, largely dispelled later, were cast on the efficacy of the Govern- ment gas masks ; and the contention that all individual equipment—including shovel, sand and pump—should be provided from national funds, was forcibly urged. The Gov- ernment view that such provision should be the citizen's own business may be sound in principle, but in practice may result in the complete denial of this equipment to the poor. A more serious criticism concerns the recent experiments in protection against poison-gas on Salisbury Plain, which the Home Office spokesman reported had been carried out under " the most severe conditions likely to be met." Glass will only give protection against gases if the glass remains intact, and windows would not be intact long if high explosive bombs accompanied the gas. No satisfactory asstirances have, or apparently can be, given by the Government on this vital point. * *