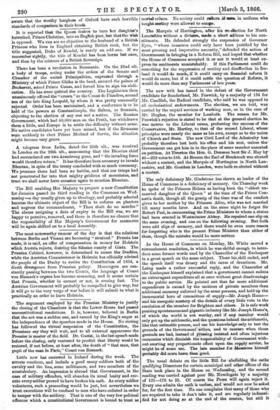 There has been a revolution in Roumania. On the 22nd

ult. a body of troops, acting tinder the orders of the Satiate and Chamber of the united Principalities, expressed through a Ministry of which Prince Ghika is the head, entered the palace of Bucharest, seized Prince Couza, and forced him to sign his abdi- cation. He has since quitted the country. The Legislature than unanimously offered the "crown" to the Count de Dandies, second son of the late King Leopold, by whom it was pretty summarily rejected. Order has been maintained, and a conference is to be held of the powers at Constantinople, the Sultan, as Suzerain, objecting to the election of any one not a native. The Russian Government, which had 40,000 men on the Pruth, has withdrawn them a little, and Europe is to settle the difficulty without arms. No native candidates have yet been named, but if the Roumans were suddenly to elect Prince Michael of Servia, the situation might become very grave.