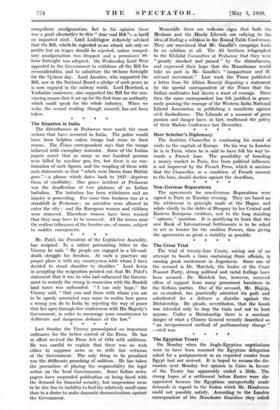 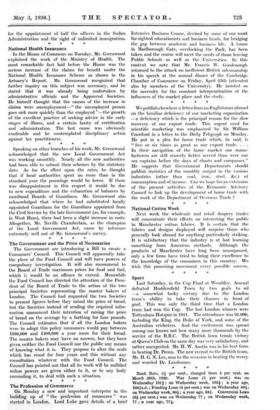 Page 2, 3 May 1930 — The Egyptian Treaty On Monday when the Anglo-Egyptian negotiations were
Close

The Egyptian Treaty On Monday when the Anglo-Egyptian negotiations were

to have been resumed the Egyptian delegation asked for a postponement as an expected courier from Egypt had not arrived. It is hoped to resume the dis- cussion next Monday but opinion in Cairo in favour of the Treaty has apparently cooled a little. The strong hopes of a settlement before Easter were dis- appointed because the Egyptians unexpectedly made demands in regard to the Sudan which Mr. Henderson could not possibly satisfy. According to the London correspondent of the Manchester Guardian they asked for the appointment of half the officers in -the Sudan Administration and the right of unlimited immigration.