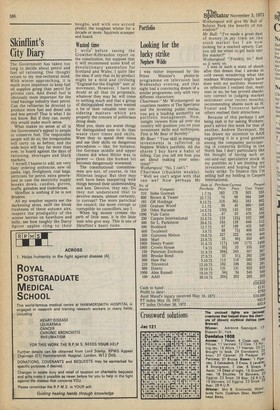 The Government has taken too long to decide about petrol and fuel oil rationing. One thought occurs to my non-technical mind. With winter approaching, it is much more important to keep fuel oil supplies going than petrol for private cars. And diesel fuel is obviously more important for the road haulage industry than petrol. Can the refineries be directed to produce more fuel and diesel oils and less petrol? That is what I do not know. But if they can, surely this would make much sense.

What makes no sense at all is the Government's appeal to people to conserve fuel. The responsible people will do so; the irresponsible will carry on as before; and the wide boys will buy far more than ever, to hoard against the days of rationing, shortages and black markets.

I myself,I hasten to add, am very busy ordering anthracite, new oil ,tanks, logs, firelighters, coal bags, jerrycans for petrol, extra generators in case the electricity supply breaks down, candles, gloves, muffs, galoshes and tinderboxes. Skinflint is nothing if he is not prudent. All my weather experts see the darkening skies, sniff the bleak freshness of these autumn airs, inspect the prodigality of the winter berries on hawthorn and holly, see how toughly the Darcy Spicer apples cling to their boughs, and with one accord ptedict the toughest winter for a decade or more. Squirrels scamper and hoard. *

I write' before seeing the Crowther-Kilbrandon report on the constitution, but suppose that it will recommend some kind of devolutionary assemblies for Scotland and Wales. I quite like the idea; if only that its by-product might be a mild and civilising "England-for-the-English" sort of movement. However, I have no doubt at all that its proposals, whatever they may be, will come to nothing much and that a group of distinguished men have wasted a lot of their valuable time considering matters which are properly the concern of politicians doing deals.

Mind you, there are worse things for distinguished men to do than waste their times and skills. Were they to spend their times and use their skills on dangerous procedures — like, for instance, the German middle and upper classes did when Hitler was in power — then the human lot becomes dangerously worsened.

The constitutional committeemen are not, of course, in the Hitlerian league. But they may well have been tampering with things beyond their understanding and ken. Devolve, they say. Do they not understand that to devolve means, almost certainly, to corrupt? The more parochial the council, the more corrupt or corruptible its councillors, say I. When big money crosses the path of little men, it is the little men who give way. This is one of Skinflint's basic rules.