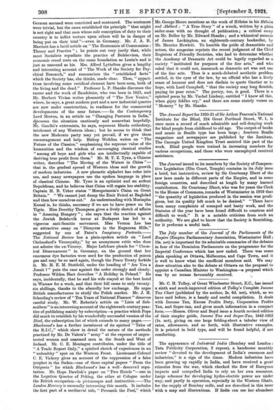 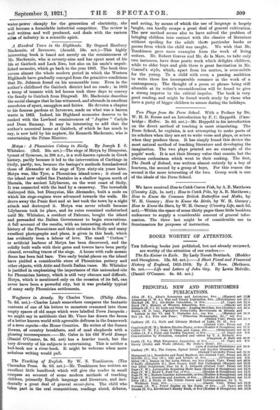 The appearance of Industrial India (Bombay and London : Tata

Publicity Corporation, 2 rupees), a handsome monthly review " devoted to the development of India's resources and industries," is a sign of the times. Modem industries have been growing up rapidly in India, and have received a great stimulus from the war, which checked the flow of European imports and compelled India to rely on her own rseources. Large schemes' for developing hydro-electric power are under way, and partly in operation, especially in the Western Ghats, for the supply of Bombay mills, and are described in this issue with a map and illustrations. If India can use her abundant

water-power cheaply for the generation of electricity, she will become a formidable industrial competitor. The review is well written and well produced, and deals with, the various sides of industry in a scientific spirit.