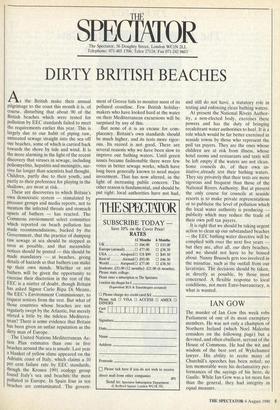 The murder of Ian Gow this week robs Parliament of one of its most exemplary members. He was not only a champion of Northern Ireland (which Noel Malcolm considers on the following page) but a devoted, and often ebullient, servant of the House of Commons. He had the wit and wisdom of the best sort of Wykehamist lawyer. His ability to recite many of Churchill's speeches has been noted; no less memorable were his declamatory per- formances of the sayings of his hero, de Gaulle. While Ian Gow was a lot more fun than the general, they had integrity in equal measure.