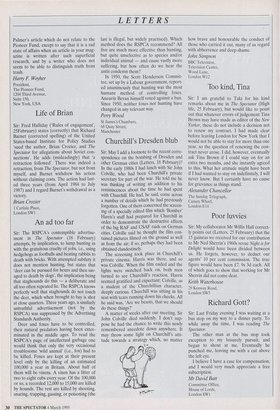 Sir: Fred Halliday (`Rules of engagement', 25February) states (correctly) that Richard Barnet (corrected spelling) of the United States-based Institute for Policy Studies `sued the author, Brian Crozier, and The Spectator for allegations about Soviet con- nections'. He adds (misleadingly) that 'a retraction followed'. There was indeed a retraction, from The Spectator, but not from myself, and Barnet withdrew his action without claiming costs. The action had last- ed three years (from April 1984 to July 1987) and I regard Barnet's withdrawal as a victory.