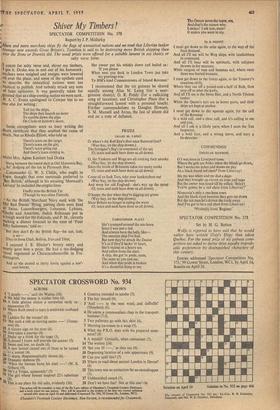 Wolfe is reported to have said that he would rather

have written Gray's Elegy than taken Quebec. For the usual prize of six guineas com- petitors are asked to devise three equally improb- able preferences by •distinguished characters of this century.