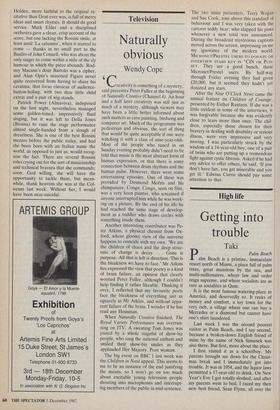 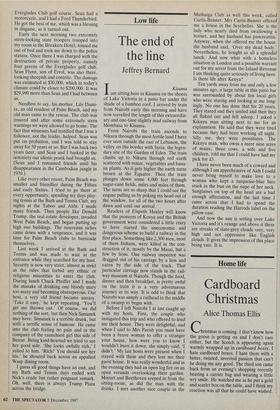 PPalm Beach alm Beach is a pristine, immaculate resort north of Miami, a place full of palm trees, great mansions by the sea, and multi-millionaires, where law and order reign supreme, and where socialists are as rare as socialites in Qum.

It is the most famous watering-place in America, and deservedly so. It reeks of money and comfort, a toy town for the very rich, a village where one can buy a Mercedes or a diamond but cannot have one's shirt laundered.

Last week I was the second poorest visitor in Palm Beach, and I say second, because a broken-down English friend of mine by the name of Nick Simunek was also there. But first, more about the place.

I first visited it as a schoolboy. My parents brought me down for the Christ- mas break and I immediately got into trouble. It was in 1954, and the liquor laws permitted a 17-year-old to drink. On New Year's Eve I got totally sloshed, and after my parents went to bed, I raced my then new best friend, Sean Flynn, all over the Everglades Club golf course. Sean had a motorcycle, and I had a Ford Thunderbird. He got the best of me, which was a blessing in disguise, as it turned out.

Early the next morning two extremely stern-looking state troopers trooped into my room in the Breakers Hotel, roused me out of bed and took me down to the police station. Once there I was charged with the destruction of private property, namely four greens of the Everglades golf club. Sean Flynn, son of Errol, was also there, looking sheepish and contrite. The damage Was estimated at $30,000, which in today's climate could be closer to $200,000. It was $29,990 more than Sean and I had between us.

Needless to say, his mother, Lily Dami- ta, an old resident of Palm Beach, and my old man came to the rescue. The club was insured and after some extremely stern warnings we were allowed to go home. The fact that witnesses had testified that I was a follower, not the leader, helped. Sean was put on probation, and I was told to stay away for 50 years or so. But I was back two years later, and Sean and I basked in the notoriety our idiotic prank had brought us. (Sean and I remained friends until his disappearance in the Cambodian jungle in 1970.) Like every other resort, Palm Beach was smaller and friendlier during the Fifties and early Sixties. I tried to go there at every opportunity, spending my days play- ing tennis at the Bath and Tennis Club, my nights at the Taboo and Alibi. I made many friends. Then people like Donald Trump, the real estate developer, invaded West Palm Beach, and began putting up high rise buildings. The nouveaux riches came down with a vengeance, and it was time for Palm Beach clubs to barricade themselves.

Last week I arrived at the Bath and Tennis and was made to wait at the entrance while they searched for my host. Security is now very strict, almost as strict as the rules that forbid any ethnic or religious minorities to enter the club. During lunch Chuck Pfeiffer and I made the mistake of drinking one bloody mary too many and becoming obstreperous. Our host, a very old friend became uneasy. `Take it easy,' he kept repeating, 'You'll get me thrown out.' Of course, we did nothing of the sort, but then Nick Simunek may have. Simunek is a terrible drunk, but with a terrific sense of humour. He came into the club feeling no pain and in the company of the raunchiest girl this side of Beirut. Being kind-hearted we tried to see her good side. 'She looks awfully rich,' I yelled to him. 'Rich? You should see her tits,' he shouted back across an appalled Wasp dining room.

I guess all good things have an end, and my Bath and Tennis days ended with Nick's crude but rather poignant remark. Oh, well, there is always Trump Plaza across the bridge.