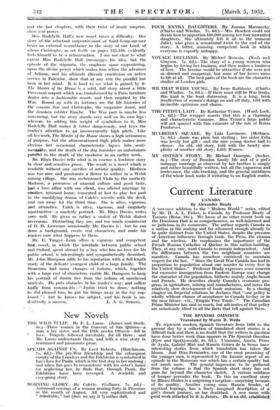 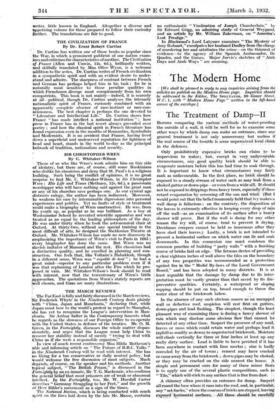 THE SPANISH OMNIBUS Translated by .Warre B. Wells

To represent modem Spanish literature from 1898 to the present day by a collection of translated short stories is a difficult task and there is no doubt that the writers in question have done better work than appears in The Spanish Omnibus (Eyre and Spottiswoode, 8s. 6d.). Unamuno, Azorin, Perez de Ayala, Gabriel Miro and Ramon Gomez de la Serna have interesting stories from which translatirm has taken the bloom. Jose Diaz Fernandez, one of the most promising of the younger men, is represented by the laconic report of an episode in the Moroccan war which has a certain quality but not much more. The general impression to be gathered from the volume is that the Spanish short story has not vile far beyond the character sketch. A curious mildness of temper pervades the book. To this an excellent story. by.Blaseo.lbifiez is a surprising exception—surprising because of- , quality: Another young man, RamOn Sender, of: mystical leanings, has a finely imagined description of a girl's dream, journey, on her deathbed. A new name with. gobd work attached-to it is James. --Fle•is-an old, established'

writer, little known in England. Altogether a diverse, and appetising volume for those prepared to follow their curiotity further. The translations are fair to good.