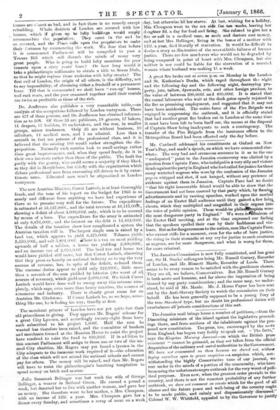 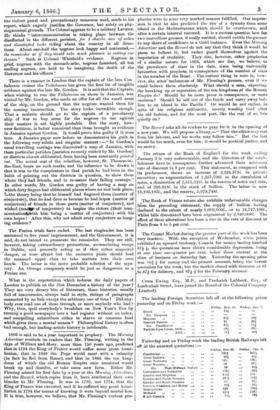 Page 8, 6 January 1866 — The Jamaica mail brings home a number of petitions,—from the
Close

The Jamaica mail brings home a number of petitions,—from the

Dissenting ministers of the island against the legislative proceed- ings there, and from sections of the inhabitants against the pro- posed new constitution. The press, too, encouraged by the news from England, has begun very feebly to speak out. •• The facto," says the Kingston Morning Journal—on which the British press comment " cannot be gainsaid, as they are taken from the official despatches of the military and naval authorities to the Government. We have not commented on them because we dared not, without laying ourselves open to grave suspicion—a suspicion which, not- withstanding the highly Conservative tone of our journal, we rest under in the minds of a portion of the community, who have been using the unfortunate negro outbreak for the very worst of poli- tical purposes. Even now, when the greatest order prevails in the country, and there is not the remotest probability of any further outbreak, we dare not comment on events which for the good of all classes and the future peace and well-being of the country ought to be made public, and calmly and dispassionately discussed." Colonel W. W. Whitfield, appealed to by the Governor to justify

the.violent penal and precautionary measures used, sends in his report, which eagerly justifies the Governor, but solely on phy- siognomical grounds. The Colonel appears to be a military Lavater. He thinks " intercommunication is taking between the disaffected in the different parishes, for I observe men of sullen and dissatisfied loafs riding about the country in all direc- tions. About one-half the negroes look happy and contented,— the remainder as if they would take much pleasure in cutting our' throats." Such is Colonel Whitfield's evidence. Negroes in grief, negroes with the stomach-ache, negroes famished, all but smiling negroes, are held. to be imagining the death of the Governor and his officers !