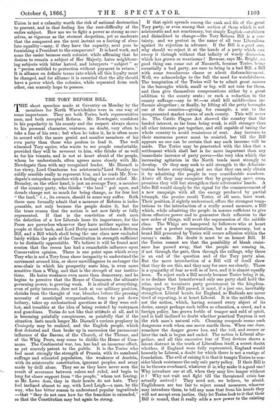 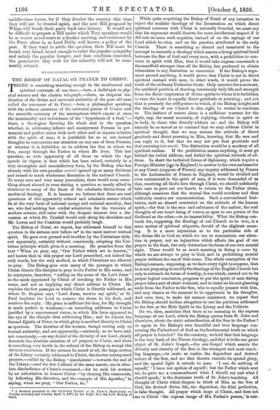 middle-class forces, for if they deceive the country this time they will not be trusted again, and the next Bill proposed by Whigs will brush their party back into history. It would not be difficult to prepare a Bill under which Tory members would be as scarce as red coats at a Quaker meeting, and resistance by the Peers alone is, as Lord Deiby well knows, a policy of the past. If they want to settle the question, their Bill must be broad, very broad, broad enough to enlist the popular sympathy and satisfy the popular hunger, and that condition conceded, the guarantees they seek for the minority will not be sum- marily refused.