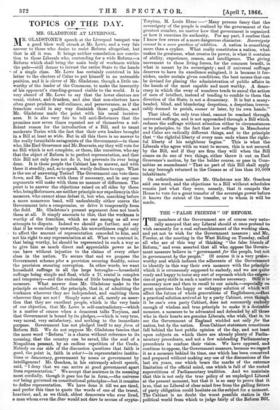 On redistribution neither Mr. Gladstone nor Mr. Goschen said one word, and the objections to a Bill without schedules remain just what they were, namely, that it compels the House to vote for a great transfer of the sovereign power before it knows the extent of the transfer, or to whom it will be made.