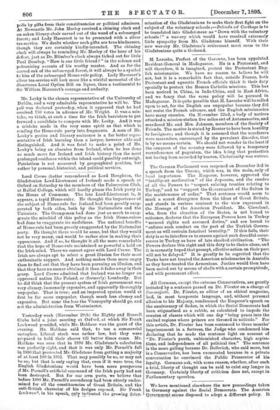 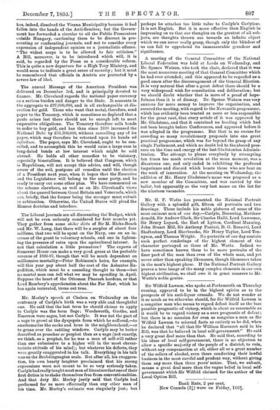 Page 18, 7 December 1895 — We have mentioned elsewhere the new proceedings taken in Germany
Close

We have mentioned elsewhere the new proceedings taken in Germany

against the Social Democrats. The Austrian Gevernment seems disposed to adopt a different policy. It has, indeed, dissolved the Vienna Municipality because it had fallen into the bands of the Anti-Semites; but the Govern- ment has forwarded a circular to all the Public Prosecutors outside Hungary, cautioning them to be discreet in pro- secuting or confiscating journals, and not to consider every expression of independent opinion as a journalistic offence. "The widest scope is to be allowed to fair criticism." A Bill, moreover, is to be introduced which will, it is said, be regarded by the Press as a considerable reform. This is quite a new departure for a High Tory Ministry, and would seem to indicate a great sense of security ; but it must be remembered that officials in Austria are protected by a severe law of libel.