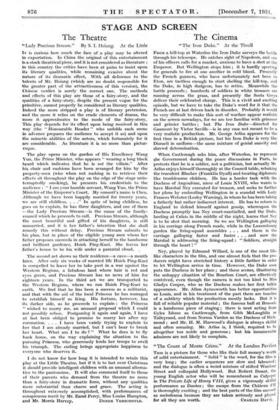 " The Count of Monte Cristo." At the London Pavilion

Tress is a picture for those who him their full money's worth of solid entertainment. " Solid " is the word, for the film is very long ; the earlier sequences are slow and laboured ; and the dialogue is often a weird mixture of stilted Wardour Street and colloquial Hollywood. But Robert Donat, the young English actor who will be remembered as Culpeper in The Private Life of Henry VIII, gives a vigorously skilful performance as Dantes ; the escape from the Chateau d'If is thoroughly exciting ; and the best parts of the film succeed as melodrama because they are taken seriously and played