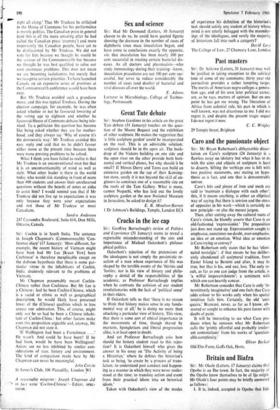 Sir : Dr Azikiwe (Letters, 31 January) may well be justified in taking exception to the satirical tone of some of my comments; thirty year old journalism provides a rather tempting target. The merits of American negro colleges a genera- tion ago, and of his own later political career, are, as he says, matters of opinion. But on one point he has got me wrong. The liberation of Africa from colonial rule, his part in which is well known, was not disastrous to me. I did not regret it, and despite the present tragic sequel I do not regret it now.