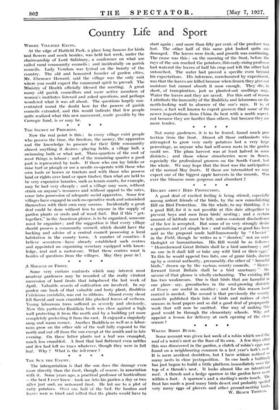 Not many gardeners, it is to be feared, found much

pro- tection froM the frost. Almost all those enthusiasts who attempted to grow very early potatoes lost a very large percentage, as anyone who had self-sown roots in the garden could see. The plum harvest was at least halved in some districts ; and those whose strawberries were in flower, especially the professional growers on the South Coast, lost the whole. We may hope that the frost was the anticipation of the normal May frosts. If those are intermitted we may expect one of the biggest apple harvests in the records. Was ever the blossom more gorgeous and abundant ?