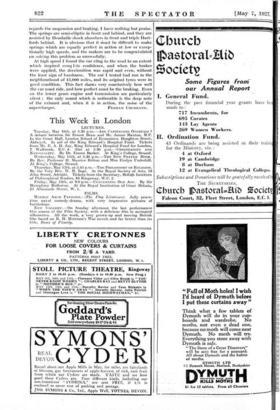 This Week in London

NEW GALLERY.—On Sunday afternoon the last performance this season of the Film Society, with a delicious film in animated silhouettes. All the week, a very grown-up and moving British film based on R. H. Mottram's War novels and far better than its title, Roses of Picardy.