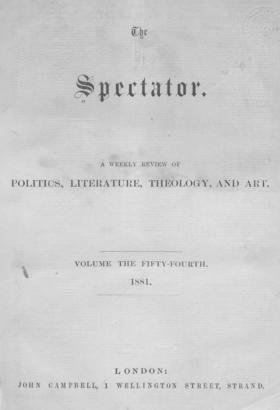 The Home-rule party held ts grand meeting in Dublin on

Monday, to arrange for the Parliamentary campaign. It was settled that a Committee should be formed to act as a "Cabinet, " and direct-the proceedings of the party; and that in...

The trial creates no apparent excitement in Dublin, which,

however, is garrisoned by 6,000 regulars ; and the proceedings hitherto have been dreary, consisting mainly of a lengthy address by the Attorney-General, full of extracts from...

**** The Editors cannot undertake to return Manuscript in any

T HE Irish Tories, and, indeed, it may almost be said, all Irish landlords, having now accepted the principles of fixity of tenure, free sale, and fair rent, and a considerable...

There has been an idea put about in Ireland that

the Pope does not really disapprove the tactics of the Land League, and the language of his recent communication to an Irish Bishop has been misrepresented in this sense. In the...

The trial of Mr. Parnell and his thirteen . companions,

accused of unlawfully conspiring . to prevent the fulfilment of legal contracts, "with intent to impoverish the owners of land, " commenced on Tuesday, in the Queen ' s Bench...

The grand difficulty in the Transvaal is not to subdue

the Boers, who have no artillery, cannot defeat regulars in equal numbers, and. are unable to remain steadily in the field, but to garrison the country. If the farmers remain...

It is not quite easy to understand what is passing

in the Transvaal, the bulletin-makers obviously being dependent on rumour, and excited by stories of treachery and murder: '17here ie no proof of either yet, though there is...

At the breakfast of the British and Foreign School-teachers. on

Wednesday, Mr. Miindella made a very interesting speech, in which he commented upon an assertion made in the desponding article of the Times on Christmas Day, that there is no...

A letter from Lord Carnarvon to Mr. Bright, dated from

Madeira, and commenting indignantly on Mr. Bright's speech made at Birmingham on the 16th November, appeared in the papers of the 24th December, to which Mr. Bright wrote a...

It is almost useless to try to form an estimate

of the strength of Greece until her soldiers have been tested in the field. They have as yet never seen a battle, and may behave like Americans at Bull Run, or like Americana at...

day in Highgate Cemetery, amidst a crowd of mourners of all cla,sses and both sexes, though the day was one of continuous rain. The authentic story of her early life has been...

The newspapers are full of telegrams about the project of

Greco- Turkish arbitration, which, however, is still in its infancy. The Powers have agreed to ask Turkey and Greece to refer their differ- ences to an arbiter, but neither...

bold man. He proposes to join Ireland to Scotland by a gigantic mole, stretching from the Mull of Cantyre to Tor Point, Antrim. The distance is la miles, the extreme depth 474...

It is evident, from Lord Hartington's reply given on Tues-

day to a deputation from the cotton-spinners of Lancashire, that the Indian duties on cotton goods arc doomed. Lord Hartington admitted that the policy of Lord Salisbury must be...

There is no better sign of the times than the

private gener- osity which is now sowing Cottage Hospitals freely all over the country. On Wednesday, the Princess Christian and the Bishop of Winchester opened a new cottage...

Sir Watkin Williams made a serious mistake on Christmas Day,

in his speech to a literary gathering held at Ebenezer, near Carnarvon. He spoke of two classes of law-breakers,—the Ritualist clergymen and the Irish peasants, who had many...

The Bishop of Ely has written a very remarkable reply

to an address of some of his clergy, who express grave anxiety as to the results of the recent prosecutions of Ritualist cleigyinen, and ask for counsel. The Bishop, in...

Mr. Chamberlain received, a deputation from the Birmingham Trades' Council

on the Sugar Bounties question on Tuesday, and stated with great force the resolve of the Government to have nothing to do in any case with the policy of imposing a...

THE COMING SESSION. as meaning "fraud, force, and folly." Still, the party of Coercion is very much inflamed ; it will be egged on every evening by Society in London, it has an...

L ORD CARNARVON is one of those Conservative Peers to whom we always listen with respect. He sur- rendered office rather than give support to the mischievous foreign policy of...

R. LEONARD COURTNEY, the Member for Liskeard, .1Y.I a Cambridge Second Wrangler, and sometime Professor of Political Economy in University College, London, on whom it appears...

• W E can see no reason why Liberals should approve this new project of a European arbitration between Greece and Turkey. It was not Lord Granyille's idea, though he may be...

V OR some little time we have been endeavouring to convince our readers that, if no toleration is to be extended to .1 Ritualist clergy and Ritualist congregations, the...

THE REVOLT OF THE TRANSVAAL.

I T is fortunate for British prospects in the Transvaal that the Government in such matters acts upon a traditionary policy, for its supporters are in a lamentable condition of...

E NGLAND has suddenly lost the greatest writer among Englishwomen of this or any other age. There can be no doubt that George Eliot touched the highest point which, in a woman,...

THE BLUNDERS OF SOCIETY.

O NE cause of the decline in the political influence of Society, upon which we did not touch last week, is that it is so frequently, almost constantly, wrong. The shrewd,...

T HE Editor of the Day of Rest, a monthly magazine, pub- lished by Messrs. Strahan and Co., has hit upon what seems to us a singularly good idea. He promises his readers, during...

IRELAND IN AMERICA. [To THE EDITOR OF THE " SPECTATOR."j Sin,—In your very interesting article on " The Charm of Ireland," you express some surprise that no attempt has been...

THE "FORTNIGHTLY REVIEW" ON IRELAND. (TO THE EDITOR OP THE

" SPECTATOR.") SIE,—The two great questions of Irish policy, the maintenance of order and the amendment of the law, are about to engage the attention of Parliament. It is...

(TO THE EDITOR Or THE BrECTATOR:1 SER, — Wrong in one or two respects, your correspondent Dlyn," is quite right in assuming that I have had mi. " practical experience" in the...

SUGAR BOUNTIES AND RETALIATORY DUTIES. [To THE EDITOR Or THE

"SPECTATOR."] -StR.,—At the cost of being troublesome, I will venture another question. I asked, first, whether your justification of retalia- tion against the Sugar Duties was...

THE INSTITUTE OF PAINTERS IN WATER-COLOURS', 53 PALL MALL Tim year's exhibition of sketches and studies at the Institute. of Painters in Water Colours, corresponding to the...

MR. CHARLES RUSSELL ON IRELAND.* Ma. Russrm, has republished the letters addressed by him to the _Daily Telegraph on the condition of Ireland, in a small, clearly-printed....

THERE are some books, as there are some sculptures and some pictures, which miss their mark in a manner which is at first incomprehensible. With all the qualities that "deserve...

WHAT GIRLS CAN DO.* "I WONDER," said Mrs. Somerville's formidable

Aunt Janet to Lady Fairfax, the mother of the future translatress of Laplace, I wonder you let Mary waste her time in reading. She never shews (sews) more than if she were a man...

WnEN we find the nephew of a village butcher turning out a highly-polished and gentlemanlike artist-hero, we feel that the title of this book is justified, since art, culture,...

A SPOILED STORY OF THE ZULU WAR.*

IT does not need the existence of disturbance and the possibility - of disaster in South Africa, to make a story of the Zulu cam- paign full of interest to English readers. The...

Lilo of St. Francis of Assisi. By the Rev. F.

Leopold de Chevance. Translated from the French by R. F. O'Connor. (Burns . and Oates.) —1t is to be wished that Father de Chevance bad told us something about the discovery of...

The Brothers Witien. Memoirs and Miscellanies. Edited by Samuel Bowles

Pattison. (Hodder and Stoughton.)—The two Wiffens wore members of the Society of Friends, and natives ot Woburn. The elder, who died suddenly in the prime of life, was librarian...

Riguet of the Tuft, a Love Drama. (Macmillan.)—A very graceful

little poem, in which a familiar story, with the moral that love makes beautiful that to which it is given, is told in melodious verso ; some- times, indeed, wanting in...

Wrecked Lives ; or, Men Who Have Failed. First and Second Series. By W. Davenport Adams, (S.P.C,K.)—Mr. Adams does not make his purpose quite clear by his preface, in which he...

The Crookit Meg a Story of the Year One. By

John Skelton. (Longmans.)—There is little to be said for the story, which is but a medium for introducing some very lively and vigorous sketches of character. These, drawn, one...

A Lady's Tour in Corsica. By Gertrude Fordo. 2 vols.

(Bentley.) —Miss Fordo and her companions " did " Corsica very thoroughly, saw everything that was to be seen, and put themselves in a position to judge of the comfort or...

St. Martin's Summer, By Shirley Smith. 3 vols. (Must and

Blackett.)—Some novelists, anxious to secure an abundance of ma. `WHO, propose to themselves for a subject the fortunes of a numerous family, and what with the love-affairs of...

is a diary for 1881, containing all the information as to directors and officials of the various Railway Companies which may , 'be requisite to tho public, and tho usual...