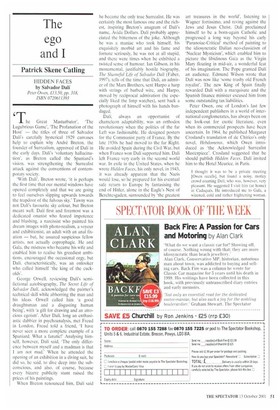 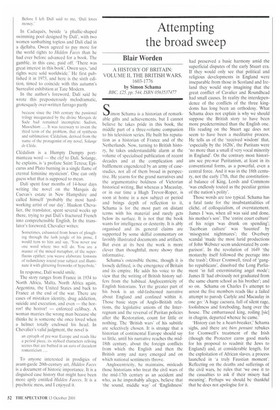 The Great Masturbator', The Lugubrious Game', The Profanation of the Host — the titles of three of Salvador Dalcs carefully hysterical 1929 canvases help to explain why Andre Breton, the founder of Surrealism, approved of Dali in the early days. Dali's 'voluntary hallucination', as Breton called the Spaniard's vision, was strengthening the Surrealist attack against the conventions of contemporary society.

George Orwell, reviewing Dali's semifictional autobiography, The Secret Life of Salvador Dalt, acknowledged the painter's technical skill while abhorring the man and his ideas. Orwell called him 'a good draughtsman and a disgusting human being', with 'a gift for drawing and an atrocious egoism'. After Dali, long an enthusiastic dabbler in psychoanalysis, met Freud in London, Freud told a friend, 'I have never seen a more complete example of a Spaniard. What a fanatic!' Analysing himself, however, Dab' said, 'The only difference between myself and a madman is that I am not mad.' When he attended the opening of an exhibition in a diving suit, he did so, he said, to dive deep into the subconscious, and also, of course, because every bizarre publicity stunt raised the prices of his paintings.

When Breton renounced him, Dail said he became the only true Surrealist. He was certainly the most famous one and the richest, inspiring Breton's anagram of Dali's name, Avida Dollars. Dail probably appreciated the bitterness of the joke. Although he was a maniac who took himself, his exquisitely morbid art and his fame and fortune seriously, he was not at all stupid, and there were times when he exhibited a twisted sense of humour. Ian Gibson, in his monumental, justifiably hostile biography, The Sharnefid Life of Salvador Dali (Faber, 1997), tells of the time that Dali, an admirer of the Marx Brothers, sent Harpo a harp with strings of barbed wire, and Harpo, moved by reciprocal admiration (he especially liked the limp watches), sent back a photograph of himself with his hands bandaged.

Dali, always an opportunist of chameleon adaptability, was an orthodox revolutionary when the politics of the far Left was fashionable. He designed posters for the Communist party of France. By the late 1930s he had moved to the far Right. He avoided Spain during the Civil War, but when Franco won Dali supported him, Dab" left France very early in the second world war. In exile in the United States, when he wrote Hidden Faces, his only novel, in 1943, it was already apparent that the Nazis would lose, so he prepared for his eventual safe return to Europe by fantasising the end of Hitler, alone in the Eagle's Nest of Berchtesgaden, surrounded by 'the greatest art treasures in the world', listening to Wagner fortissimo, and raving against the Jews and Jesus Christ. Dali proclaimed himself to be a born-again Catholic and progressed a long way beyond his early 'Paranoiac-Critical' method of painting to the idiosyncratic Dalian neo-classicism of 'Nuclear Mysticism', which enabled him to picture the libidinous Gala as the Virgin Mary floating in mid-air, a wonderful feat of his imagination. The Pope granted Dali an audience. Edmund Wilson wrote that Dali was now like 'some trashy old French royalist'. The new King of Spain finally rewarded Dali with a marquisate and the Spanish finance minister excused him from some outstanding tax liabilities.

Peter Owen, one of London's last few independent publishers in a world of international conglomerates, has always been on the look-out for exotic literature, even when its commercial prospects have been uncertain. In 1964, he published Margaret Crosland's translation of de Chirico's only novel, Hetulomeros, which Owen introduced as 'the Acknowledged Surrealist Masterpiece'. Crosland suggested that he should publish Hidden Faces. Dali invited him to the Hotel Meurice, in Paris.

thought it was to be a private meeting [Owen recalls], but found a noisy, motley crowd courting Dali, who was, however, very pleasant. He suggested I visit him (at home) in Cadaques. He introduced me to Gala, a wizened, cold and rather frightening woman. Before I left Dali said to me, 'Dali loves money.'

In Cadaques, beside 'a phallic-shaped swimming pool designed by Dali', with two women sunbathing topless and Da clad in a djellaba. Owen agreed to pay more for the world rights to Hidden Faces than he had ever before advanced for a book. The gamble, in this case, paid off. 'There was great interest in this book', Owen says, 'and rights were sold worldwide.' He first published it in 1973, and here is the sixth edition, timed to coincide with this autumn's Surrealist exhibition at Tate Modern.

because since the 18th century the passional trilogy inaugurated by the divine Marquis de Sade had remained incomplete: Sadism, Masochism .... It was necessary to invent the third term of the problem, that of synthesis and sublimation: Cledalism, derived from the name of the protagonist of my novel. Solange de Cleda

Cledalism is a Humpty Dumpty portmanteau word — the clef to Dali. Solange, he explains, is 'a profane Saint Teresa; Epicurus and Plato burning in a single flame of eternal feminine mysticism'. One can only guess what that is supposed to mean.

Dali spent four months of 14-hour days writing the novel on the Marquis de Cuevas's estate in New Hampshire and called himself 'probably the most hardworking artist of our day'. Haakon Chevalier, the translator, spent several weeks up there, trying to put Dali's fractured French into comprehensible English. In the translator's foreword, Chevalier writes:

Sometimes, exhausted from hours of ploughing through the lush jungle of his prose, i would turn to him and say, 'You never use one word where two will do. You are a master of the mixed metaphor, of the superfluous epithet; you weave elaborate festoons of redundancy round your subject and illuminate it with glittering fireworks of hyperbole.'

In response, Dali would smile.

The story ranges from France in 1934 to North Africa, Malta, North Africa again, Argentina, the United States and back to France at the end of the war. There are cases of mistaken identity, drug addiction, suicide and execution, and even — the horror! the horror! — enforced celibacy. A woman marries the wrong man because she thinks he is someone she once loved when a helmet totally enclosed his head. In Chevalier's valid judgment, the novel is

an epitaph of pre-war Europe and reads like a period piece, its stylised characters reliving scenes that are bathed in an aura of decadent romanticism

To anyone interested in prodigies of avant-garde 20th-century art, Hidden Faces is a document of historic importance. It is a disguised case history that might have been more aptly entitled Hidden Faeces. It is a psychotic mess, and I enjoyed it.