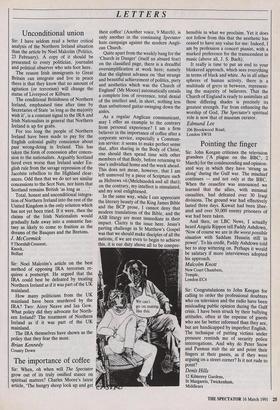 Sir: Noel Malcolm's article on the best method of opposing

The IRA themselves have shown us the policy that they fear the most.