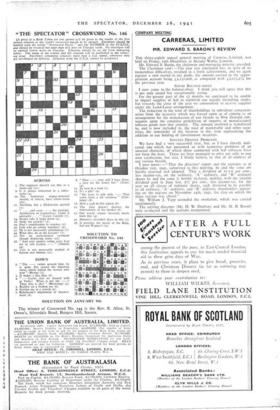 so. The humorous nigger-minstrel should, of course, have elbow-room (so).

x. Anything but a Dickensian aperitif (7).

z8. " And ever against eating cares Lap me in soft Lydian - " (Milton)

21. The bird doesn't disclose the whereabouts of the market (6).

23. One would expect heavenly music from this (4).