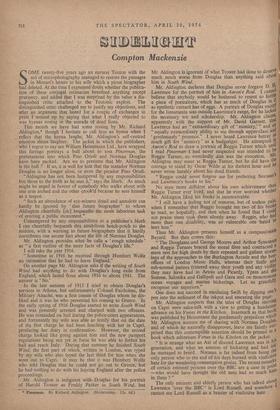 SOME twenty-five years ago an earnest Teuton with the aid of microphotography managed to restore the passages in Mozart's letters to his wife which a pious biographer had deleted. At the time I expressed doubt whether the publica- tion of these conjugal intimacies benefited anything except pruriency, and added that I was surprised by the value a dis- tinguished critic attached to the Teutonic exploit. The distinguished critic challenged me to justify my objections, and after an argument that lasted for a couple of exchanges in print 1 wound up by saying that what I really objected to was hyenas nosing in the entrails of dead lions.