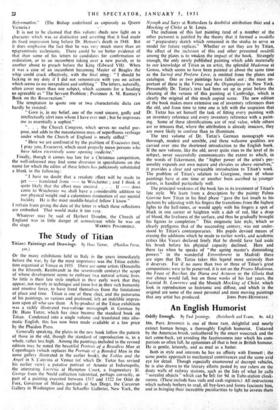 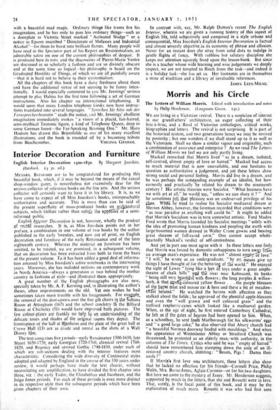 Oddly Enough. By Paul Jennings. (Reinhardt and Evans. Is. 6d.) MR. PAUL JENNINGS is one of those rare, delightful and nearly extinct human beings, a thoroughly English humorist. Untarred by the American brush, unfeathered by the smart wisecrack and the tart come-back, yet avoiding the facetiousness into which his com- patriots so often fall, he epitomises all that is best in British humobr. He is gentle, leisurely, and as mad as a hatter.

Both in style and interests he has an affinity with Emmett ; the same poetic approach to mechanical contrivances and the same avid eye for detail. Though especially enamoured of decrepit vehicles, he is also drawn to the literary efforts pasted by our rulers on the dusty walls of railway stations, such as the lists of what he calls " surealist objects " which can be left for 9d. in Tube-station cloak- rooms. (These include bass viols and cash registers.) All instructions which nobody bothers to read, all bye-laws and forms fascinate him, and in bringing their incredible peculiarities to light he invests them with a beautiful mad magic. Ordinary things like trams fire his imagination, and he has only to pass less ordinary things—such as a doorplate in Victoria Street marked " Activated Sludge " or a notice in Epsom inscribed " Directorate of Molasses and Industrial Alcohol"—for them to burst into brilliant flames. Many people will have read in the Spectator part of his Report on Resistentialism, an admirable satire on one of the current philosophies of despair. It is produced here in tow, and the discoveries of Pierre-Marie Ventre are discussed in so scholarly a fashion and are so divinely obscure and at the same time so logical—his philosophy is based on the Graduated Hostility of Things, of which we are all painfully aware —that it is hard not to believe in their existentialism.

All the chapters of this book have a daisy freshness about them and have the additional virtue of not seeming to be funny inten- tionally. I would especially commend to you Mr. Jennings' serious attempt to play Halma for the first time following a set of German instructions. Also his chapter on international telephoning. It would seem that many London telephone kiosks now have instruc- tions translated into several languages. "Sprechen Sie bitte nut der Fernsprecherbeamtin " reads the notice, r.nd Mr. Jennings' ebullient imagination immediately evokes " a vision of a placid, fair-haired, semi-mythical Teutonic figure, a kind of Telephone Queen, deep in some German forest—the Far-Speaking Beaming One." Mr. Haro Hodson has drawn this Brtinnhilde as one of his many excellent illustrations, and the book is rounded off by a becoming tribute