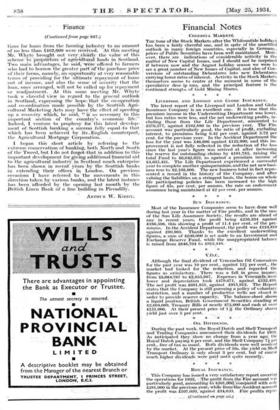 During the past *reek, the Royal;Dulehand Shell Transport and Trading Companies announced their dividends for 1933. As anticipated they dhow no change from a.. year ago; the Royal Dutch paying 6 per cent. and the Shell Conipany 74 per cent., free of tax as usual. Both dividends were well received by the market. At the present price of 50s. the Shell Transport Ordinary is only about 3 per cent, but of course much higher dividends were' paid until quite recently.'